The summer of 2021 was glorious and one of my first trips this summer was a very memorable visit to the Cherry Springs State Park, located in the middle of rural Pennsylvania. Situated on top of a mountain and hundreds of miles away from any major city, Cherry Springs is a world famous stargazing spot frequented by many hobbyist and professional astronomers with camping grounds booked for months on end. On a clear night one might expect to see hundreds (if not thousands) of stars, comets, Messier objects, and even a glimpse of the Milky Way galaxy. Unfortunately, clear nights are hard to come by at Cherry Springs with only 80-90 clear nights in a year. Coupled with the fact that the best time to go is during a new moon, it can be tricky to plan a trip to the park more than a few nights in advance. I highly recommend checking out the sky conditions for stargazing at ClearDarkSky. Ideally it should be as dark as possible with minimal cloud cover.

Cherry Springs Park has multiple astronomy sites, but unless you book in advance, you will most likely end up going to the Night Sky Public Viewing area near the campgrounds. The Public Viewing area is a massive field where one can setup their telescopes and cameras.

Our trip to Cherry Springs Park started from Philadelphia and was only really set in motion at the last minute after finding a rental car and a party of seven people who would didn’t mind driving out 500 miles to spend the night outside. Our drive to CSP took us through several towns and villages once we got off the highway. The last leg of the trip is particularly challenging with winding mountain roads and several deer prancing across. As expected of a mountain road near a stargazing site, there are no streetlights and the surroundings are pitch dark. We had to cautiously make our way up the mountain with the car’s high-beams on the whole time. Thankfully, the drive was uneventful and we reached the park at about 1130pm, giving us several hours before dawn.

On stepping out of the car, I felt the frigid mountain air on my face. While it was a balmy 25C in Philadelphia, the temperature on top of the mountain hovered around 0C. I was silently hoping that the sleeping bag that I brought with me for the trip would be up to the task of protecting me from the elements for the night. I took a quick glimpse of the night sky, and even though my eyes were still adjusting for the dark, I could see more stars than I had ever seen before in my life. We wrapped red wrapping paper (all that I could find) around our flashlights to make our way in the darkness without disturbing our night vision too much. After a ten minute walk, we found a suitable spot to setup our own astronomy camp in the middle of the Public Viewing area. With several bedsheets, two sleeping bags, some snacks, and a camera mounted on a tripod, we unpacked all our supplies for the night. I didn’t waste any time jumping right into the sleeping bag to stave off the biting cold.

Once my eyes adjusted to the darkness, I got my first ever look at the Milky Way galaxy - a sight I had been waiting for nearly ten years. I had seen many jaw-dropping photos of the Milky Way, and unfortunately, this is one of the times reality comes up short. The galaxy looks like a distant cloud behind hundreds of stars and I could only just make out the dim glow I had read so much about. That said, the photos do not do justice to the scale of the Milky Way, and it is an entirely different experience to see it stretch across the entire night sky. The sky was perfectly clear and there was no moonlight competing for our night vision either, so I wonder if it is even possible to see the Milky Way any more clearly than we did that day.

I tried using the Night Sky app on my phone to put a name to the stars and constellations, but I gave up after a few minutes of trying to connect the dots. Eventually, the cold lulled me to sleep.

I woke up to find the cold was completely unbearable. After a few more minutes of taking in the wonders of the universe, we made our way back to the comforts of the car to warm up at around 5am. As a fitting end to the night, I saw my second shooting star of the night on the walk back. I switched on the engine and let the heater warm up the interior for an hour before we felt well enough to make the journey back home. We took the same mountain road as we had the previous night and we were greeted by the sights of lush forests and rapidly flowing rivers early in the morning. I was thrilled to have checked off my teenage dream of seeing the Milky Way with my own eyes. It blows my mind that the same views we drove so far to find are always above us, but invisible because of the light pollution that comes with living in modern society. Cherry Springs has some of the darkest night skies in the world and I would recommend it to anyone with some interest in seeing the night sky as it used to be. 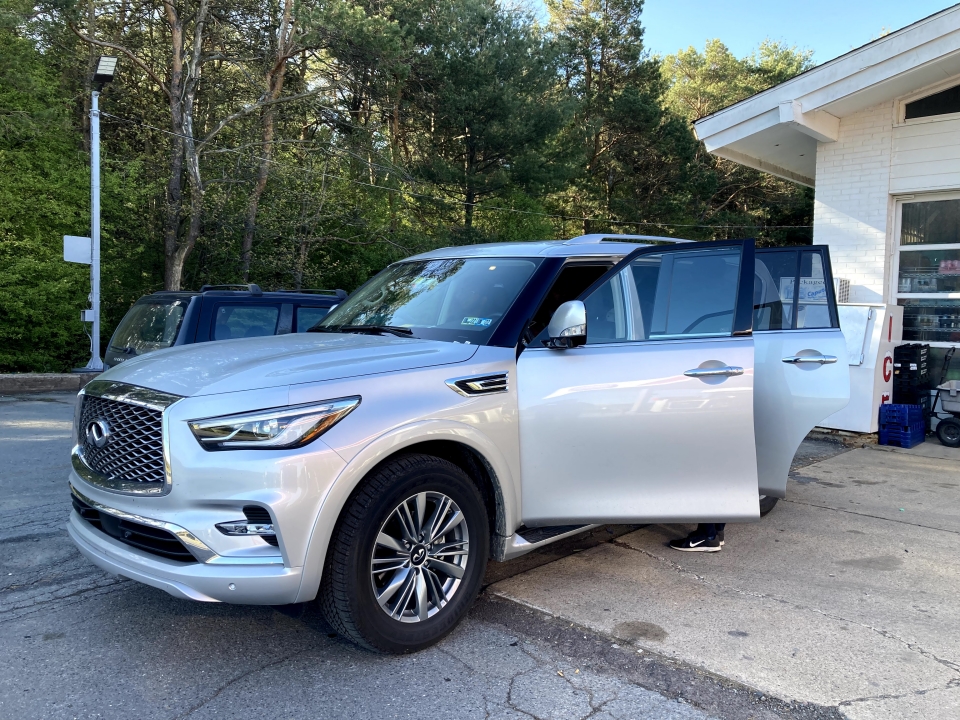 Our ride for the day - a brand new Infiniti QX80! Huge on the outside but suprisingly cramped inside. 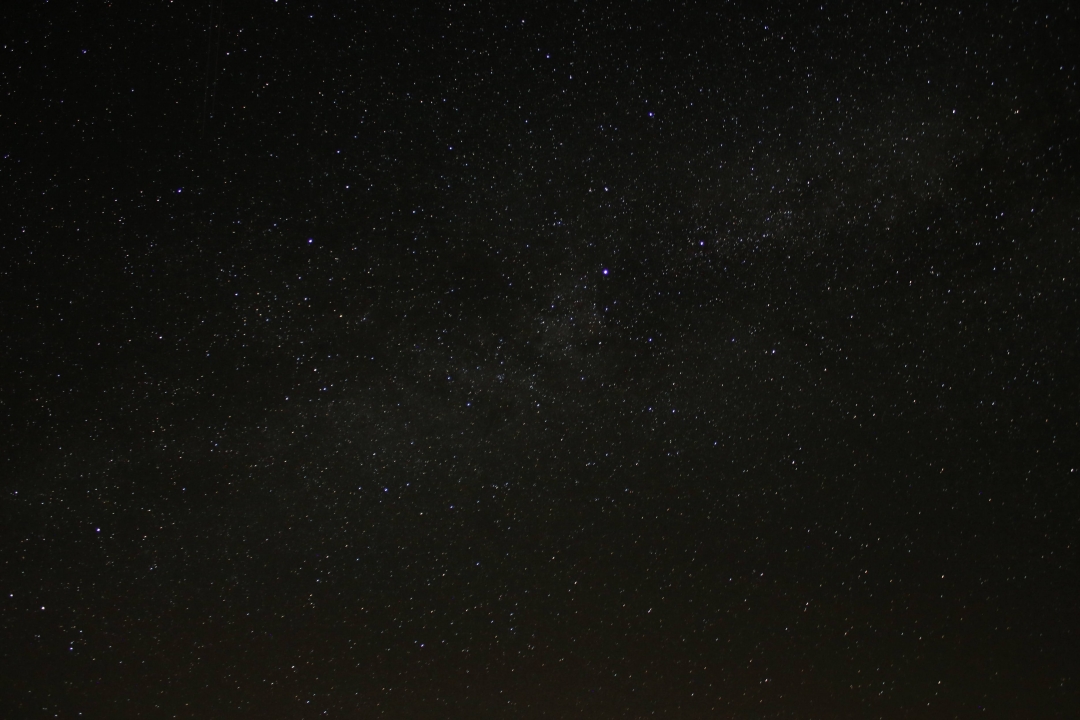 Night Sky at Cherry Springs. The Milky Way galaxy is far more apparent with a camera than it is to the eye. 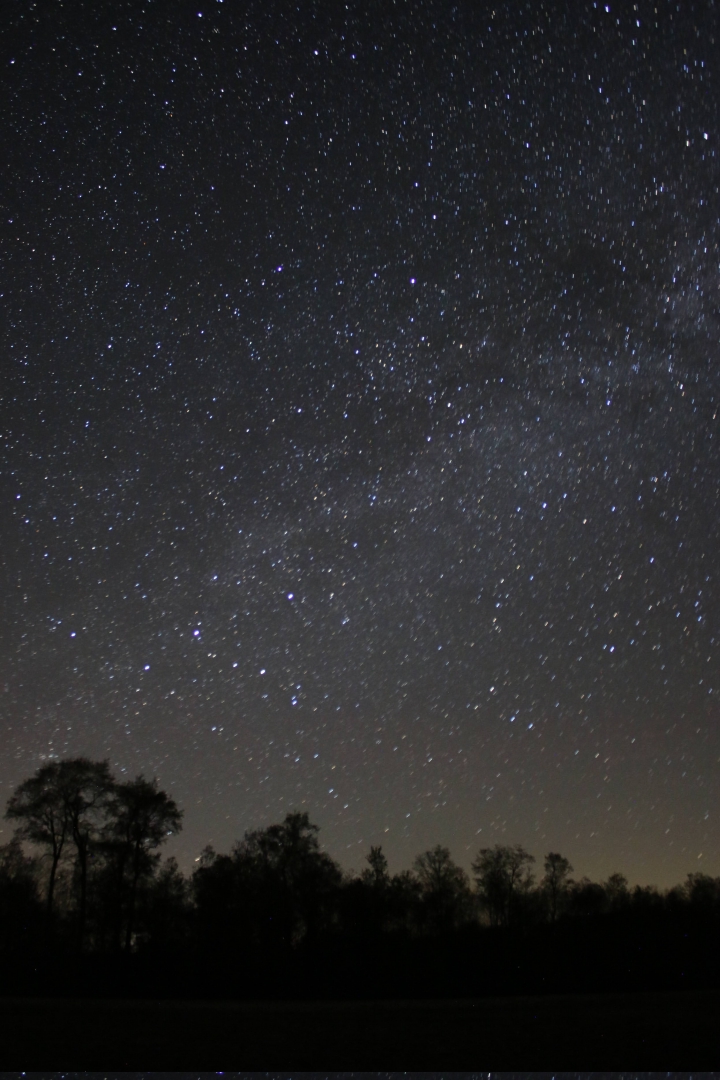 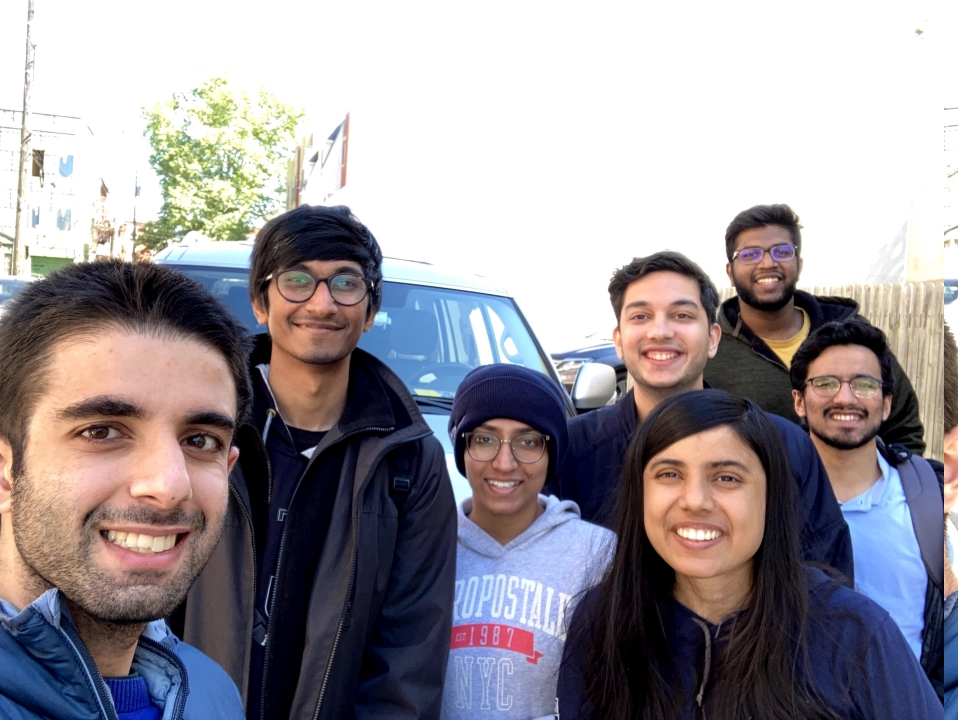 Tired but happy on the return