I’ve read a lot of books in the last two months.

Page for page, I’ve already far surpassed my 2017 reading throughput this year. Along with my usual cache of fiction and space-flight books, I have read some beautifully written books about cancer and the process of dying such as “When Breath Becomes Air” and “Being Mortal”. As much as I hope that advances in medical science will outpace mortality in the next fifty years, death is the only certainty we can contend with in life. I found that reading these books helps me understand what happens at the End Of Life. It’s strangely comforting to have a deeper insight into death.

This is what brings me to The Last Lecture, a talk I stumbled upon when binging on Coding Horror.

Dr. Randy Pausch was a professor at CMU and was in the vanguard of the development of virtual reality in the 1990’s. Unfortunately, he was diagnosed with pancreatic cancer in 2006. After being told that his cancer had turned terminal, he delivered his final lecture at CMU about “Achieving Your Childhood Dreams” (linked above). It’s an incredibly inspirational talk and Randy Pausch is so charismatic that you can’t help but to watch the entire video in a single sitting.

Despite the premise, the talk is not about cancer or dying at all. Instead, Dr. Pausch shares anecdotes from his life about he chased his own whimsical childhood dreams.

I loved many parts of this lecture, so I have copied the parts of his excellent book which resonated me the most:

Over the years, I also made a point of telling my students that in the entertainment industry, there are countless failed products. It’s not like building houses, where every house built can be lived in by someone. A video game can be created and never make it through research and development. Or else it comes out and no one wants to play it. Yes, video-game creators who’ve had successes are greatly valued. But those who’ve had failures are valued, too—sometimes even more so.

Start-up companies often prefer to hire a chief executive with a failed start-up in his or her background. The person who failed often knows how to avoid future failures. The person who knows only success can be more oblivious to all the pitfalls.

Experience is what you get when you didn’t get what you wanted. And experience is often the most valuable thing you have to offer.

It’s a cliché that experience is the best teacher. But, as Randy Pausch would have said, it’s a cliché for good reason, because it’s so damn true. From one of the most influential talks I’ve had the pleasure of attending in person, I have to come to realise that failing spectacularly is better than being a mediocre success. 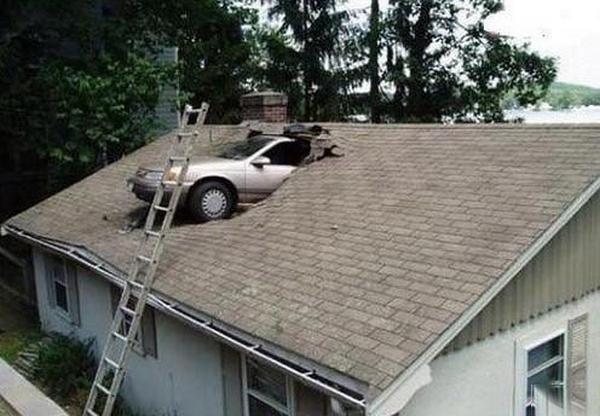 It’s a point which I try to shoehorn into every public talk I give to juniors. Sure, you might get laughed at and trampled on for failing terribly, but once you’ve experienced that, you will realise that failure isn’t something to be all that scared about. You’ll learn from the mistakes you made when you failed, and eventually, you might even learn to laugh at yourself for failing the way you did.

On brick walls - the insurmountable obstacles that stop you from getting what you want:

There’s a lot of meaning in those two sentences and it has really changed my perception of “not taking no for an answer”. The “other people” refers to those who don’t have the tenacity or the zeal to achieve their childhood dreams. The brick walls are a test for seeing if you’re really sure that you want something, be it a degree, a job, or maybe a way to finance your latest hobby. I feel like a lot of challenging decisions in life can become a lot clearer after perceiving it this way. If you don’t find the motivation to attempt climbing the brick wall between you and your dreams, then maybe those dreams weren’t yours in the first place.

On the ultimate purpose of teachers:

In the end, educators best serve students by helping them be more self-reflective. The only way any of us can improve—as Coach Graham taught me—is if we develop a real ability to assess ourselves. If we can’t accurately do that, how can we tell if we’re getting better or worse?

Self-reflection and introspection are very underrated. It’s easy to reduce education to a commercial service (only more true these days than ever) and teachers as the providers. But, education is something of a “head fake”. As Randy Pausch describes it, head fakes are a type of indirect learning, often more important than the content of what is being taught. He elaborates on this by saying:

When we send our kids to play organized sports—football, soccer, swimming, whatever—for most of us, it’s not because we’re desperate for them to learn the intricacies of the sport.

What we really want them to learn is far more important: teamwork, perseverance, sportsmanship, the value of hard work, an ability to deal with adversity.

I can’t remember the conditions needed for each oxidation state of Manganese, but I do remember learning how to learn and how to get through some very sticky situations. Most of the benefits I’ve gleaned from studying from school are less quantifiable than a number of exam results, but I wouldn’t trade those life lessons for anything. It’s this kind of meta education which I find sorely lacking at BITS. I miss the deeper perspectives on my subjects which made me question the way things are. Fiercely independent college students may not need the same hand-holding as naive school students, but the need for some kind of guidance is just as necessary.

A lot of people want a shortcut. I find the best shortcut is the long way, which is basically two words: work hard.

As I see it, if you work more hours than somebody else, during those hours you learn more about your craft. That can make you more efficient, more able, even happier. Hard work is like compounded interest in the bank. The rewards build faster.

On apologising to people:

Apologies are not pass/fail. I always told my students: When giving an apology, any performance lower than an A really doesn’t cut it.

Halfhearted or insincere apologies are often worse than not apologizing at all because recipients find them insulting. If you’ve done something wrong in your dealings with another person, it’s as if there’s an infection in your relationship. A good apology is like an antibiotic; a bad apology is like rubbing salt in the wound.