I love videogames. I can’t call myself a serious gamer, but I’ve played my share of good and bad games ever since I started playing Super Mario Advance 4 on a GBA SP fourteen years ago. Some games have left a deeper impression on me than others. Objectively, the games in this list aren’t necessarily the best I have ever played, but they are the ones with which I’ve made the most memories. 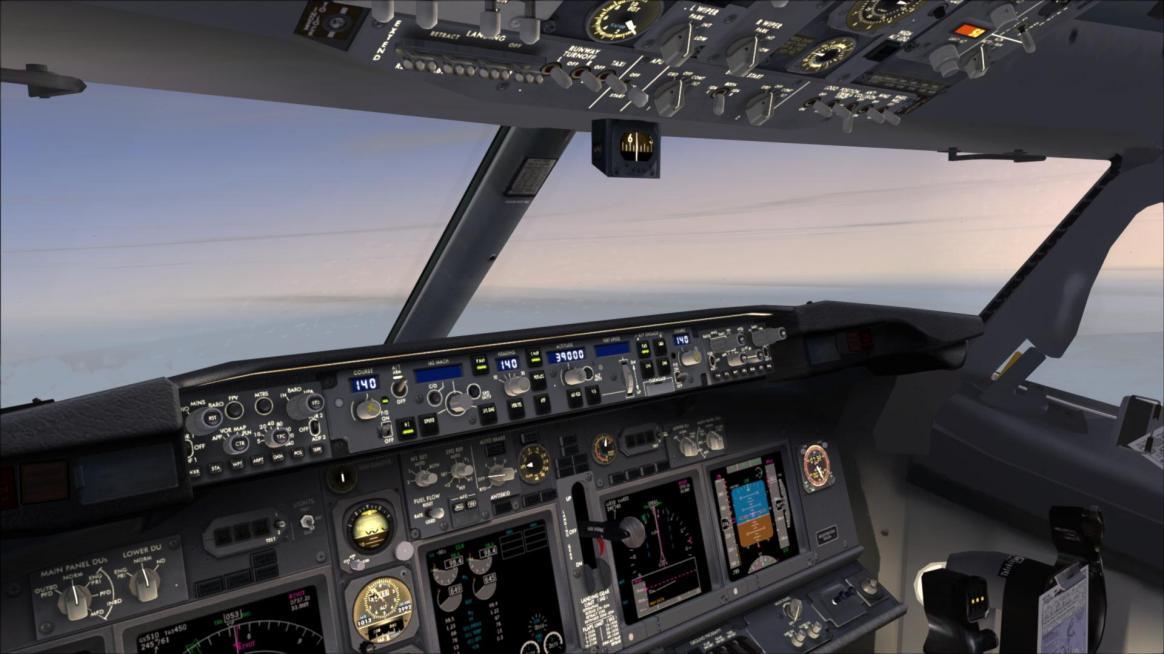 This is the first major PC game I’ve played. My dad got this for me with a Logitech Extreme 3D Pro joystick on one of his business trips. Eight year old me was blown away by the packaging of the game - it came with several booklets in a box, and the game itself was split in as many as four disks! I fondly remember being awed at the number of pre-loaded airplanes, the 3D graphics (and gorgeous virtual cockpits!), and how hellishly difficult it was to play on our vintage 1998 desktop. The poor desktop’s Pentium 3 CPU could only just sputter out 5-6 fps at the lowest settings on a good day. Not to mention that the game’s relatively enormous 2.5 GB installation size took up more than half of the computer’s 5GB HDD. Many years later, I realised that dealing with these absurd hardware limitations is what got me into computers in the first place.

Nevertheless, my desktop’s measly hardware hardly deterred the tenacious pilot in me. I enjoyed piloting small aircraft like the Piper Cub just as much as I enjoyed flying the 747-400. There was something so very satisfying in landing a plane safely with the sun creeping over the horizon at dawn. It didn’t take me long to find the very active modding scene for FS2004 on websites like Simviation.com. Several add-ons are still actively developed to this day.

However, it wasn’t until we got a new computer in 2008 that I really got to see the game for what it was. The new computer was more than capable of pushing out 60 fps in Ultra High quality. Scenery details, water shaders, and even the runway textures had a photo-realistic effect to them. I scoured every glitched nook and cranny of the Flight Simulator world. I mastered the art of flaring commercial aircraft before landing and taxiing it back to the terminal gate.

At this point, my add-on collection had swollen to over 10GB, nearly four times as large as the original game. There were several oddballs in my collection - including a Mitsubishi Pajero, an Asuka Cruise Ship, and a Bald Eagle which flew like a glider for all intents and purposes. My favourites among my add-on collection were the MD-9, DC-10, OpenSky 737-800, XB-70 Valkyrie, and a an amazing Concorde pack complete with dozens of different liveries. I also liked flying the Tupelov Tu-95 and the Lockheed U-2 “Dragon Lady”. Alas, I couldn’t shift my joystick setup after moving to college. Had I been able to, there is a good chance I would still be playing it - fifteen years after the game’s initial release.

Need For Speed: Most Wanted (PC) 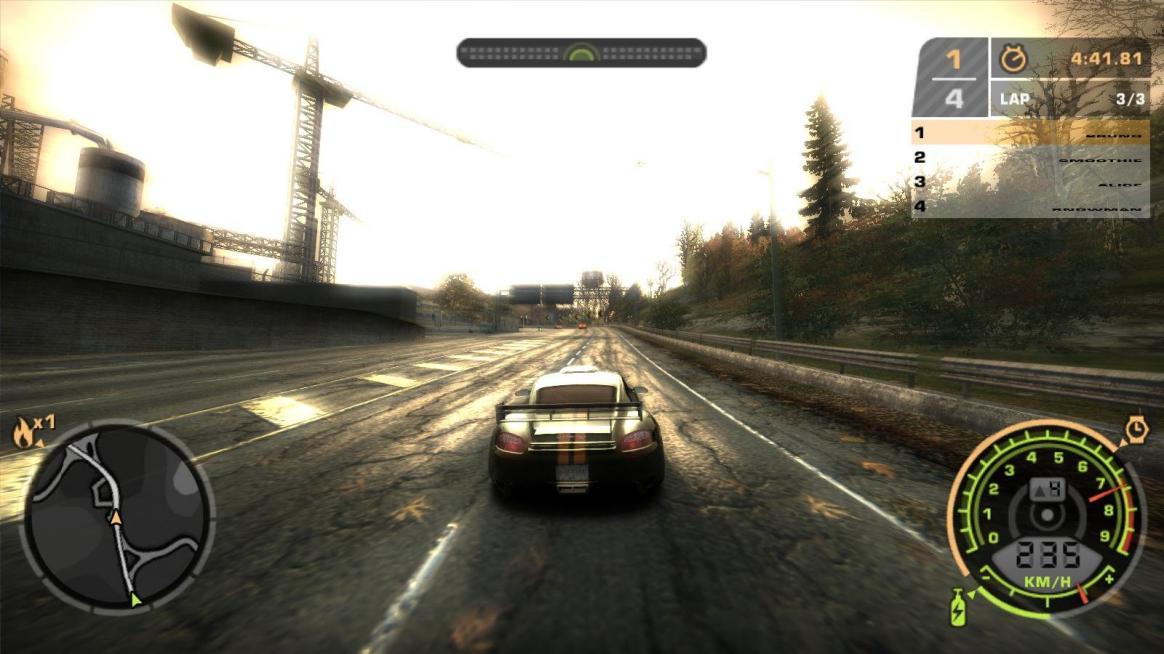 The only racing game in this list and my favourite overall by far. NFSMW won’t win any awards for realism in its driving physics (go play DiRT if you’re a stickler for realism), but it certainly will for mindless fun. There is so much that EA got right with this game - the fresh, overbright visuals, excellent world design with plenty of shortcuts and obstacles to crush unsuspecting cop cars, a good progression system, and a wicked smart cop AI to make cop chases true white-knuckle affairs.

The storyline is simple and the game has plenty of expository cutscenes to make you hate your main rival, Clarence “Razor” Callahan for stealing your brand-new BMW M3 GTR. There are a total of fifteen bosses. On beating each boss, you get a chance to “steal” their uniquely styled car through a lottery system. Winning a boss’s car made it much easier to progress through the game. Each car in the game’s roster can be customised in every aspect and I spent several hours tuning and buying parts for all the cars in my garage to suit my playing style.

The sheer excitement in cop chases is something I haven’t found in any NFS game I’ve played since MW. On maxing out a car’s “Heat”, the cops’ cars would be upgraded from the bovine Ford Crown Victoria to the absurdly fast Chevy Corvette. Being able to tap on to the police chatter was a superb game mechanic, letting one plan their way around road-blocks and spike-traps. The game also offered plenty of room for creativity to get out of tight situations in cop chases. Lastly, beating Razor at the end is right up there with the most badass moments I’ve ever had in a videogame.

I did play a handful of NFS games after MW, but they just fell flat on the fun aspect which MW had in droves. NFS ProStreet brought car damage and photo-realistic graphics, but the serious racing style was a huge tonal shift from the absurd shenanigans of MW. NFS Shift was cut from the same cloth as ProStreet. Hot Pursuit looked like a return to form for EA, but sadly it couldn’t live up to my expectations in gameplay, which just felt clunky compared to MW. I do look forward to playing the 2012 remake of MW to see if it can replicate the charm of the first one. 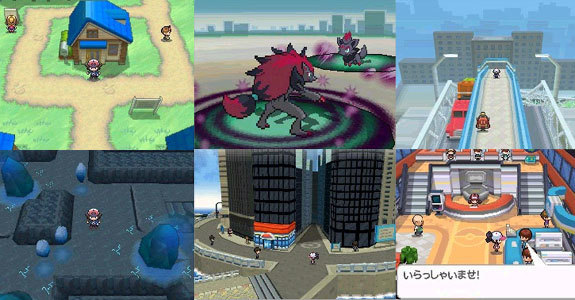 Pokemon Black is not the first Pokemon game I’ve played, but it is the first I have played on a Nintendo console after rekindling my love for Pokemon. Coming off playing Platinum (which I had also enjoyed), Pokemon Black was a breath of fresh air. For perhaps the only time in the series’ history, GameFreak took a number of risks, most of which paid off. In Black & White only brand-new Unova Pokemon are available in the wild before beating the Elite Four. This forced players to learn the game’s new mechanics and adopt new battling strategies. The visuals were the best I had ever seen from a DS game with lovingly animated Pokemon sprite-work in the battles. Even the storyline was actually thought provoking and it was far better than the “Ten Year Old Beats

The overworld was rich and varied and the game’s season mechanic changed the appearance of several areas over the course of a year. The music was fantastic in several places and a major step up from the Gen IV themes.

Being a Pokemon game, it wasn’t completely free of hand-holding, but at least it was far better than Sun & Moon which came half a decade after the release of Black & White. My major gripe with BW is that Unova is much too linear and literally forces you halfway around the map to reach the Elite Four.

However, the regular gameplay was just a distraction for the wonderful Competitive Battling scene. This was the first Pokemon game in which I put my new-found knowledge of EVs and IVs to fruition. The Gen V Wi-Fi Competitive Battling scene was amazing thanks to Team Preview, BattleSpot, and International Tourneys held online every few months. Thanks to RNG manipulation and the help of an equally geeky friend, I managed to breed a full team of 6x31 IV Pokemon with ideal Natures, all obtained through completely legal means. I discovered my love of Double Battles through the International Tourneys, which I still maintain is the best way to play Pokemon. My go to team in the Tourneys was an immensely bulky Tailwind Suicune with a wall-breaking Life Orb Gengar, backed up by a Physical Fighting Gem Virizion, and a Toxic Orb Gliscor or a Sitrus Berry Gyarados for shutting down any physical attackers. This unconventional team checked a wide variety of the common suspects in Gen V Doubles, most importantly the nearly omnipresent Rotom-W.

Pokemon also gave me my first taste of online community. I joined Smogon in early 2012. My Smogon username still perpetuates in every onlineaccount I’ve made since then. I watched the birth of the Gen V metagame with my own eyes. Movesets, suspect tests, and analyses were uploaded and discussed at a furious pace on the Dragonspiral Tower sub-forum. Through briefly working for Smogon’s C&C team and #grammar on Smogon IRC, I made some great online friends, some of whom I still speak with to this day. The community was warm and supportive. It’s one of the many things I can fondly remember being a part of back in 2012.

After Pokemon Black, I played Pokemon Alpha Sapphire in late 2015. AS was a delightful blast from the past and it fully satiated my decade-long nostalgia for Hoenn. This was in no small part thanks to the post-game Delta Episode which is one of my favourite sequences of any Pokemon game.

About a year later, I picked up Pokemon Moon but I could not get into it at all. I was thoroughly underwhelmed by the constant hand-holding which severely detracted from the core experience of the game. My aging 3DS died at about the same time I finished it, marking a fitting end to my relationship with the series for the time being. Here’s hoping Gen VIII on the Switch is truly a special experience which Pokemon players have been missing since Black came out.