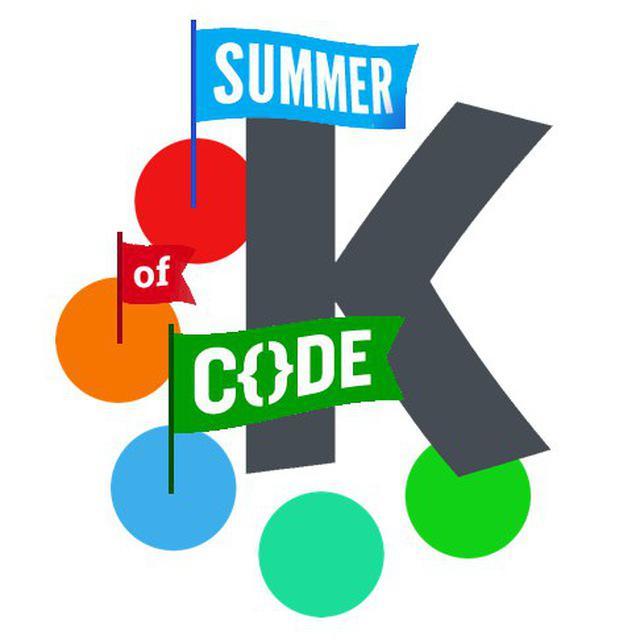 I have been selected for the Google Summer of Code!

For the better part of the summer vacation, I will now be committing myself to write code for KDE to implement my project idea of implementing a virtual folder in Dolphin to make it easier to select files.

As a primer, the Google Summer of Code (GSoC) is an annual event organized by Google for drawing students to work on open source projects with a nice stipend, goodies, and fame. The GSoC is a term one would hear pretty frequently when talking about the technical prowess and coding culture of a college.

This year, BITS Pilani - Hyderabad Campus had a record number of a total of 7 selections! This is more than double of our previous record. This in some ways, might be the start of the technical culture wave this campus was looking for so long.

The File Tray idea for the GSoC came at a difficult time, hardly a month after the entrance exams in 2015. It was at a time I was frustrated with everything I had done and I didn't have any energy to pursue anything at all having been completely drained out by the entrance exams prior to it. From there, the project sat on the list of "Things I Might Do In The Distant Future". The project idea was known only to a few close friends and my tiny programming diary.

It was only till November 2015 when I stumbled across the GSoC. I began looking at open source file managers for which I could implement my project idea. I had been using Linux with various desktop environments for about 4 years at that point, so I had a pretty decent idea of what to look for. Writing this feature for GNOME's Nautilus was the first thing I looked into as I had been using Nautilus for a while and I was a big fan of Nautilus's simple to use interface. But, the problem was that Nautilus was a C/GTK+ project and I had no desire to move on to using C after having C++ in my comfort zone for a very long time. Fortunately, Dolphin, one of the best file managers I had used since my days of using KDE, used C++/Qt, a toolset I am much better with. I felt my project idea was a natural fit for Dolphin's Split view mode. KDE also had an excellent record in the GSoC with a very good number of slots and a high percentage of successful projects. This began my tryst with Open Source development.

From there on, I taught myself Qt and during a Diwali vacation on campus, I managed to make a very rough prototype application of my project after coding for 6 hours straight from 11pm to 5am the next day. Following this, I subscribed to KDE's mailing lists and after lurking around for a while, I started asking for feedback on my GSoC idea. With surprisingly positive feedback from numerous KDE developers, I realized that there might just be a non-zero chance of getting selected.

Things quickly began falling into place and I then moved on to the next step of hunting around for bugs I could fix and new features I could implement for Dolphin. The bug-fixing was as enjoyable as it was occasionally frustrating. Reading over 20000 lines of code certainly took its toll when I had no idea when how different parts of the application meshed together. In the end, thanks to the guidance of Dolphin maintainer, Emmanuel Pescosta, I managed to fix a couple of things for Dolphin and moved on to the next step of making a proposal for my GSoC application.

Starting off with making a competent proposal was like launching off ground zero as there were very few people who had successfully completed the GSoC from our campus and most of these people had graduated well before this time. I started digging around for proposals accepted by KDE in previous GSoC's. What I couldn't get from all the proposals was some sound advice from seniors. In particular, Naveen Jafer bhaiya (who also went on to achieve a GSoC project of his own!) helped me with making my proposal as good as possible. In the end, after painstakingly checking every word in my proposal for what felt like the fiftieth time I submitted it on 25 March, only to spend an anxious month waiting for the results which came out at 1230am IST on April 23. While it still hasn't sunk in yet (!), I am sure that this will make for an awesome summer vacation!